A risk management plan is required by the EPA if your workplace stores or uses highly hazardous chemicals and materials. First responder training is required for any workers who as tasked with controlling a chemical emergency. Incident emergency response planning includes development, training and implementation of an incident command structure to ensure a safe and coordinated response to any emergencies.

Management should review plans with employees initially and whenever the plan itself, or employees responsibilities under it, change. Plans should be re-evaluated and updated periodically. Emergency procedures, including the handling of any toxic chemicals, should include:
• Escape procedures and escape route assignments.
• Special procedures for employees who perform or shut down critical plant operations.
• A system to account for all employees after evacuation.
• Rescue and medical duties for employees who perform them.
• Means for reporting fires and other emergencies.
• Contacts for information about the plan.

Members of emergency response teams should be thoroughly trained for potential emergencies and physically capable of carrying out their duties; know about toxic hazards in the workplace and be able to judge when to evacuate personnel or depend on outside help.

Effective emergency response communication is vital. An alternate area for a communications center other than management offices should be established in the plans and the emergency response coordinator should operate from this center. Management should provide emergency alarms and ensure that employees know how to report emergencies. An updated list of key personnel and off-duty telephone numbers should be maintained.

A system should be established for accounting for personnel once workers have been evacuated with a person in the control center responsible for notifying police or emergency response team members of persons believed missing.

Effective security procedures, such as cordoned off areas, can prevent unauthorized access and protect vital records and equipment. Duplicate records can be kept in off-site locations for essential accounting files, legal documents and lists of employees relatives to be notified in case of emergency.

Every employee needs to know details of the emergency action plan, including evacuation plans, alarm systems, reporting procedures for personnel, shutdown procedures, and types of potential emergencies. Drills should be held at random intervals, at least annually, and include, if possible, outside police and fire authorities.

Training must be conducted initially, when new employees are hired, and at least annually. Additional training is needed when new equipment, materials, or processes are introduced, when procedures have been updated or revised, or when exercises show that employee performance is inadequate.

What chemical emergencies are:

Where hazardous chemicals come from

Some chemicals that are hazardous have been developed by military organizations for use in warfare. Examples are nerve agents such as Sarin and VX, mustards such as sulfur mustards and nitrogen mustards, and choking agents such as phosgene. It might be possible for terrorists to get these chemical warfare agents and use them to harm people.

Types and categories of hazardous chemicals

Biotoxins—poisons that come from plants or animals

Blister agents/vesicants—chemicals that severely blister the eyes, respiratory tract, and skin on contact

Caustics (acids)—chemicals that burn or corrode people’s skin, eyes, and mucus membranes (lining of the nose, mouth, throat, and lungs) on contact

Choking/lung/pulmonary agents—chemicals that cause severe irritation or swelling of the respiratory tract (lining of the nose and throat, lungs)

Long-acting anticoagulants—poisons that prevent blood from clotting properly, which can lead to uncontrolled bleeding

Metals—agents that consist of metallic poisons

Toxic alcohols—poisonous alcohols that can damage the heart, kidneys, and nervous system

Vomiting agents—chemicals that cause nausea and vomiting

Protecting yourself if you don't know what the chemical is

You could protect yourself during a chemical emergency, even if you didn't know yet what chemical had been released. For general information on protecting yourself, read this Web site's fact sheets on evacuation, sheltering in place, and personal cleaning and disposal of contaminated clothing for assistance with an emergency response plan..

Hazardous materials response (HAZMAT) teams, as part of an emergency response plan, are an organized group of employees, designated by the employer, who are expected to perform work to handle and control actual or potential leaks or spills of hazardous substances requiring possible close approach to the substance. The team members perform responses to releases or potential releases of hazardous substances for the purpose of control or stabilization of the incident. A HAZMAT team is not a fire brigade nor is a typical fire brigade a HAZMAT team. A HAZMAT team, however, may be a separate component of a fire brigade or fire department.

Health hazards can be from chemicals mixture of chemicals or a pathogen for which there is statistically significant evidence based on at least one study conducted in accordance with established scientific principles that acute or chronic health effects may occur in exposed employees. The term "health hazard" includes chemicals which are carcinogens, toxic or highly toxic agents, reproductive toxins, irritants, corrosives, sensitizers, hepatotoxins, nephrotoxins, neurotoxins, agents which act on the hematopoietic system, and agents which damage the lungs, skin, eyes, or mucous membranes. It also includes stress due to temperature extremes. 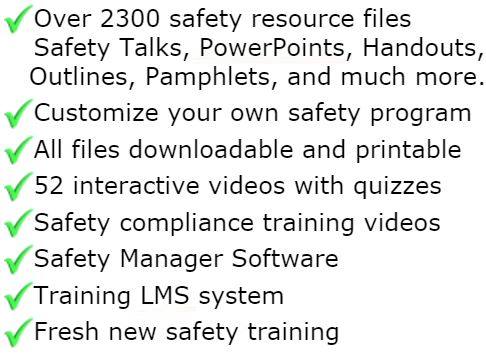