Certain safety problems are common to hot environments. Heat tends to promote accidents due to heat stress, heat stroke, slipperiness of sweaty palms, dizziness, or the fogging of safety glasses.

Prevention of heat stress in workers is important. Employers should provide training to workers so they understand what heat stress is, how it affects their health and safety, and how it can be prevented.

Heat stroke is the most serious of health problems associated with working in hot environments. It occurs when the body's temperature regulatory system fails and sweating becomes inadequate. The body's only effective means of removing excess heat is compromised with little warning to the victim that a crisis stage has been reached.

A heat stroke victim's skin is hot, usually dry, red or spotted. Body temperature is usually 105_F or higher, and the victim is mentally confused, delirious, perhaps in convulsions, or unconscious. Unless the victim receives quick and appropriate treatment, death can occur.

Any person with signs or symptoms of heat stroke requires immediate hospitalization. However, first aid should be immediately administered. This includes removing the victim to a cool area, thoroughly soaking the clothing with water, and vigorously fanning the body to increase cooling. Further treatment at a medical facility should be directed to the continuation of the cooling process and the monitoring of complications which often accompany the heat stroke. Early recognition and treatment of heat stroke are the only means of preventing permanent brain damage or death.

Heat cramps are painful spasms of the muscles that occur among those who sweat profusely in heat, drink large quantities of water, but do not adequately replace the body's salt loss. The drinking of large quantities of water tends to dilute the body's fluids, while the body continues to lose salt. Shortly thereafter, the low salt level in the muscles causes painful cramps. The affected muscles may be part of the arms, legs, or abdomen, but tired muscles (those used in performing the work) are usually the ones most susceptible to cramps. Cramps may occur during or after work hours and may be relived by taking salted liquids by mouth.

A worker who is not accustomed to hot environments and who stands erect and immobile in the heat may faint. With enlarged blood vessels in the skin and in the lower part of the body due to the body's attempts to control internal temperature, blood may pool there rather than return to the heart to be pumped to the brain. Upon lying down, the worker should soon recover. By moving around, and thereby preventing blood from pooling, the patient can prevent further fainting. Heat Rash Heat rash, also known as prickly heat, is likely to occur in hot, humid environments where sweat is not easily removed from the surface of the skin by evaporation and the skin remains wet most of the time. The sweat ducts become plugged, and a skin rash soon appears. When the rash is extensive or when it is complicated by infection, prickly heat can be very uncomfortable and may reduce a worker's performance. The worker can prevent this condition by resting in a cool place part of each day and by regularly bathing and drying the skin.

Transient heat fatigue refers to the temporary state of discomfort and mental or psychological strain arising from prolonged heat exposure. Workers unaccustomed to the heat are particularly susceptible and can suffer, to varying degrees, a decline in task performance, coordination, alertness, and vigilance. The severity of transient heat fatigue will be lessened by a period of gradual adjustment to the hot environment (heat acclimatization).

Heat exhaustion includes several clinical disorders having symptoms which may resemble the early symptoms of heat stroke. Heat exhaustion is caused by the loss of large amounts of fluid by sweating, sometimes with excessive loss of salt. A worker suffering from heat exhaustion still sweats but experiences extreme weakness or fatigue, giddiness, nausea, or headache. In more serious cases, the victim may vomit or lose consciousness. The skin is clammy and moist, the complexion is pale or flushed, and the body temperature is normal or only slightly elevated..

In most cases, treatment involves having the victim rest in a cool place and drink plenty of liquids. Victims with mild cases of heat exhaustion usually recover spontaneously with this treatment. Those with severe cases may require extended care for several days. There are no known permanent effects. 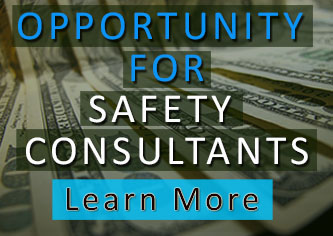 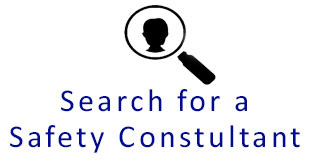